Indian PAN Card Holders May Get Fined Up To 10,000 If They Didn’t Do This 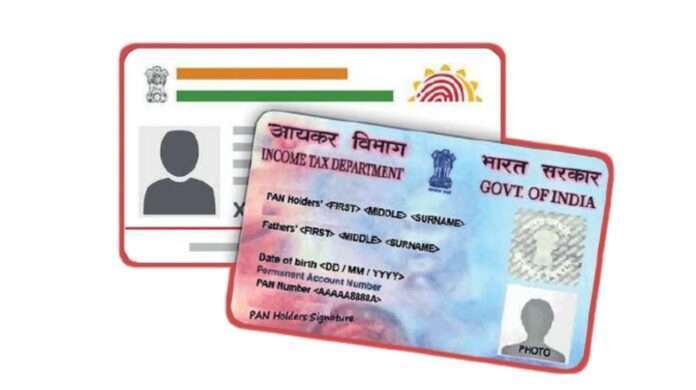 Indian PAN Card Holders May Get Fined Up To 10,000 If They Didn’t Do This

In 2021 the central government made it compulsory for everyone to link their PAN and Aadhaar card. And if not done, you will be fined 10,000. This usually happens because the PAN card will become inoperable if it is not linked with your Aadhaar.

Central government has already given notification about this many times, yet people failed to link their PAN and Aadhaar cards. So, they keep postponing the date till now. But this time the deadline is fixed to 31st March 2022.

Furthermore, under Section 272B of the Income Tax Act, an individual may incur a penalty of up to Rs 10,000 for failing to provide their operational PAN card while seeking services that need the official document.

So, to avoid trouble everyone should link their PAN and Aadhaar card on or before 31st March 2022.

PAN card holders should also be aware that if they fail to fulfill the PAN Aadhaar linking deadline, they would have to pay a penalty of up to 1,000 for late linking of PAN with Aadhaar.

According to the regulation, if a cardholder’s PAN becomes invalid, “it will be assumed that he has not given, intimated, or quoted the PAN, as the case may be, and he shall be accountable for all the penalties under the Act for failing to supply, intimate, or quote the PAN.” However, the individual can reactivate his PAN by informing the Department.”

Technukti.com is a safe news website and our team provide you technology news and our website does not provide any trading investing, or other financial advice. By using this site you affirm that you have read and agree to abide by our Terms and Conditons. For question please Contact us.

Dynamic Island for Android – All You Need to Know